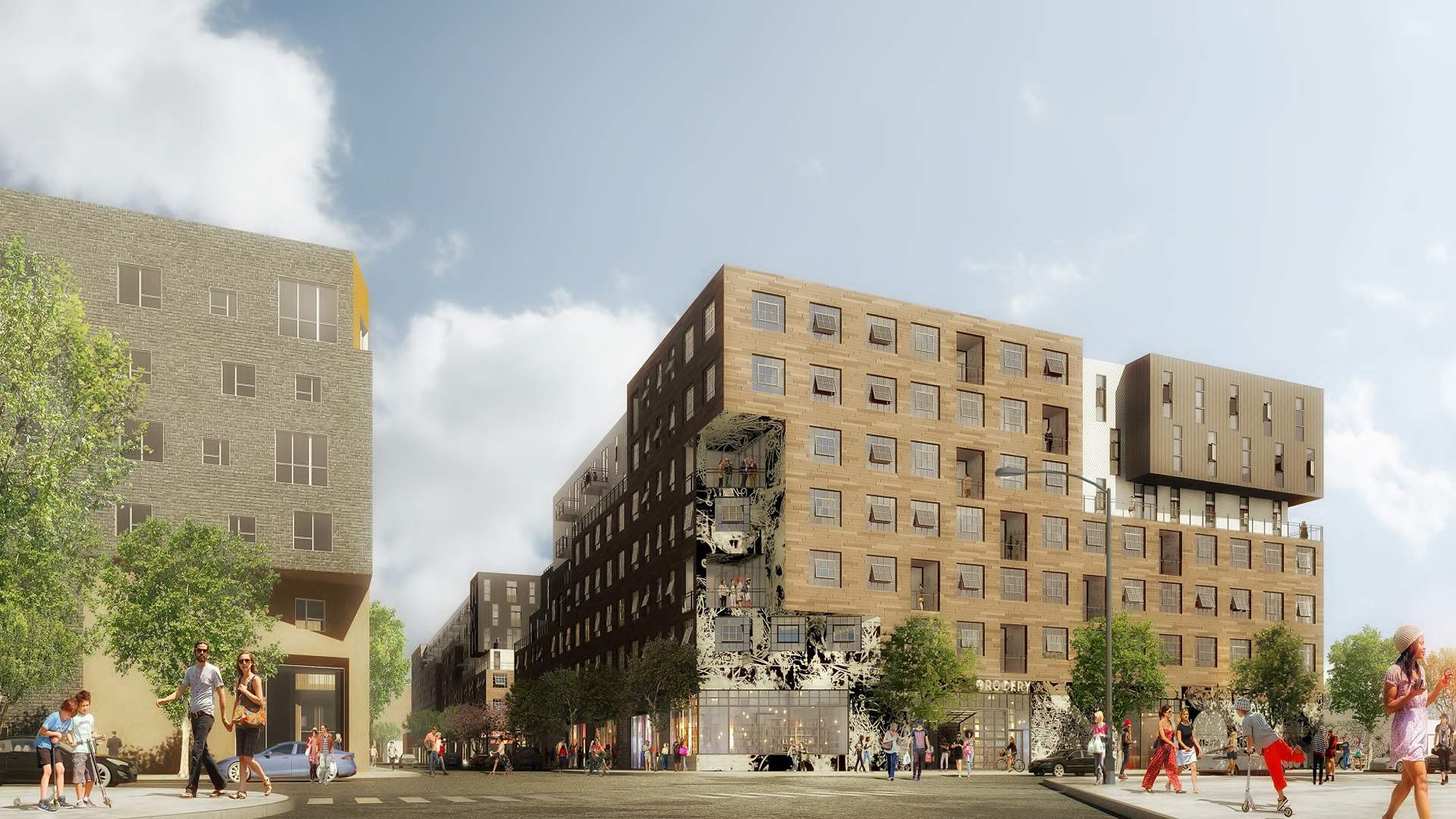 Construction ramps up for AvalonBay project in the Arts District

Nearly a year-and-a-half after breaking ground in Downtown Los Angeles, the most visible signs of progress yet have appeared at developer AvalonBay Communities‘ AVA Arts District apartments.

A pair of red tower cranes now stands above the 3.75-acre project site, formerly the home of a cold storage facility at the intersection of Alameda and Industrial Streets. In its place, plans call for the construction of a seven-story building featuring 475 studio, one-, and two-, and three-bedroom apartments above 61,000 square feet of ground-floor office, retail, and restaurant uses and a two-level, 842-car subterranean parking garage.

Per conditions of approval, AvalonBay will be required to set aside 53 apartments as deed-restricted affordable housing at the very low-income level.

Designed by OfficeUntitled, with AC Martin serving as executive architect, the podium-type complex will be clad with fiber cement panels, concrete, and metal. Plans call for a series of incorporating open-air decks and other amenities for residents, as well as a new landscaped paseo in space along the southern property line in space that was once used as a rail spur.

At the time the project secured a $167-million construction loan, AVA Arts District was slated for completion in 2022.

The project site sits directly south across Industrial Street from a property slated for the construction a similar mixed-use housing project from Camden Property Trust.

AvalonBay has previously developed AVA apartment buildings in  Little Tokyo and Hollywood, and is also planning a 154-unit housing complex in Monrovia and hundreds of apartments as part of the redevelopment of the West L.A. Civic Center.