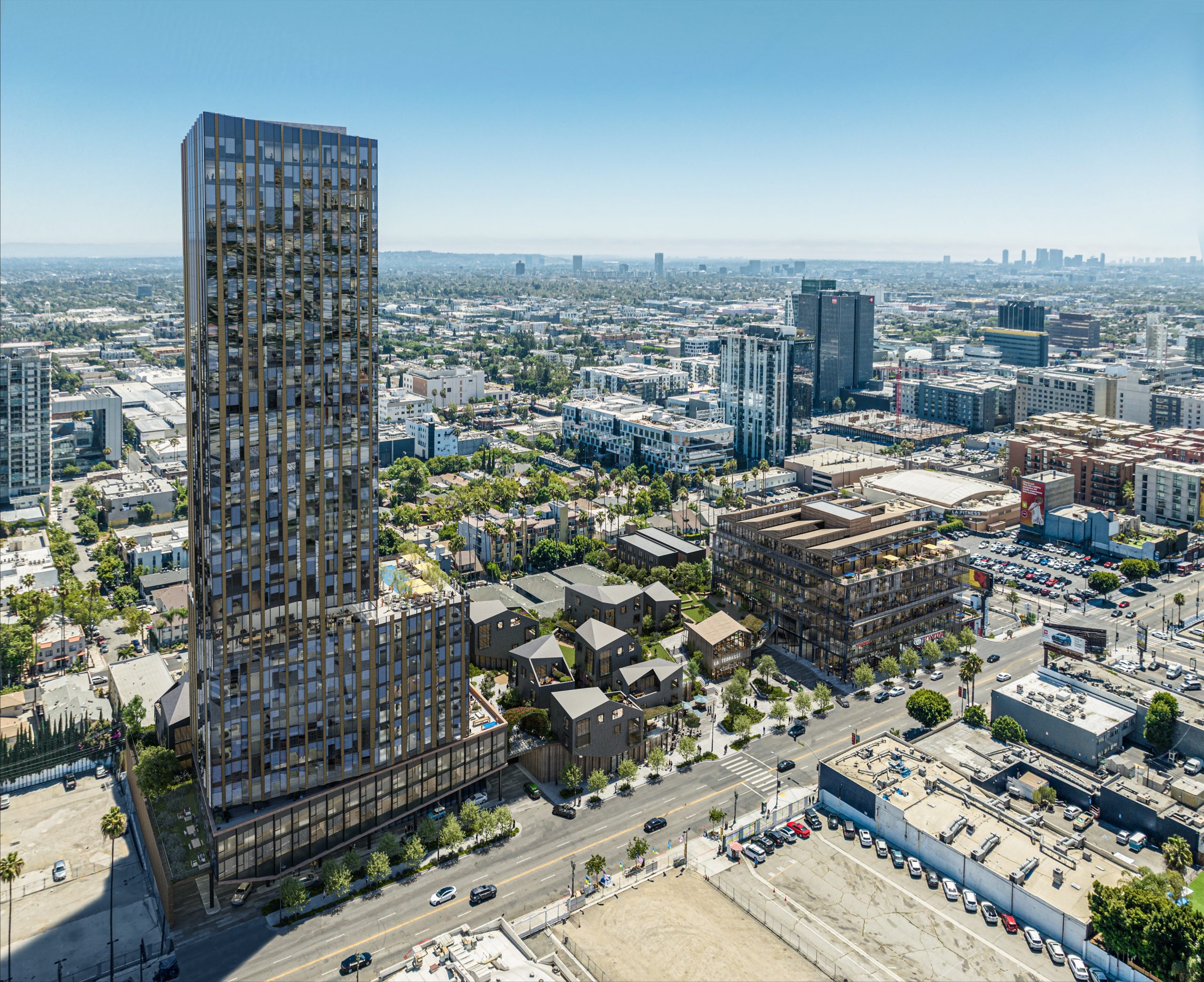 The Sullivan family, owners of the well-known Toyota of Hollywood dealership, has proposed a major redevelopment of their property that would add a landmark mixed-use project along one of the main Hollywood corridors in Los Angeles.

“We have envisioned a truly mixed-use campus where people will be able to live, work and play right on Hollywood Boulevard,” property owner Mike Sullivan said in a statement. “We believe this development will extend the great energy of Hollywood Boulevard farther east and offer a new gathering place for Hollywood residents and visitors.”

The plan at 6000 Hollywood Boulevard includes adding a 35-story multifamily tower to the district’s skyline, along with a six-story office building and a series of low-rise residential townhome structures near the east end of the Hollywood Walk of Fame. The full project calls for a combined 350 units — 44 of which will be designated for very low-income tenants — and 136,000 square feet of office space.

“Our design draws inspiration from the meandering and organic nature of the Hollywood Hills while recognizing the urban vitality of Hollywood’s rich past and bright future,” (OU) OFFICEUNTITLED’s co-founder and Principal Shawn Gehle said. “The composition of a low-rise village as a counterpoint to the denser structures proposed at either end of the project enables an urban-scaled framed view to emerge within the pedestrian-oriented heart of the project.”